Val d’Aran is in the northwestern part of Catalonia (Spain), in the heart of the Pyrenees where 30% of the territory is more than 2,000m high. The mountains that surround the Val d’Aran form a natural barrier, which is a very important fact in its history, culture and climate. A perfect place for mountainbiking.

Here is what we did:

The first descent we did was Pruedo. It is more than an hour and a half lift, although it is worth it because of the valley views when you get to the top. The first part of the descent are old trails adapted for bikes, although the route gets very technical at some points because of the rocks. The trail goes through a couple of tunnels in which light would be needed if they were a couple of meters longer. At the beginning of the downhill part the trail is a bit broken, with many rocks, then it gets easier and faster until you reach the bottom. There are 3 original trails: Pruedo, Eth Sanglier and Eth Taro. However, Aran BikeParks guys are opening more and more trails. We were lucky and the terrain was spectacular, with a lot of grip. We rode at the north face of the mountain, so the conditions were humid which increased the riding quality. You will find both fast, technical and flowy parts in this area. 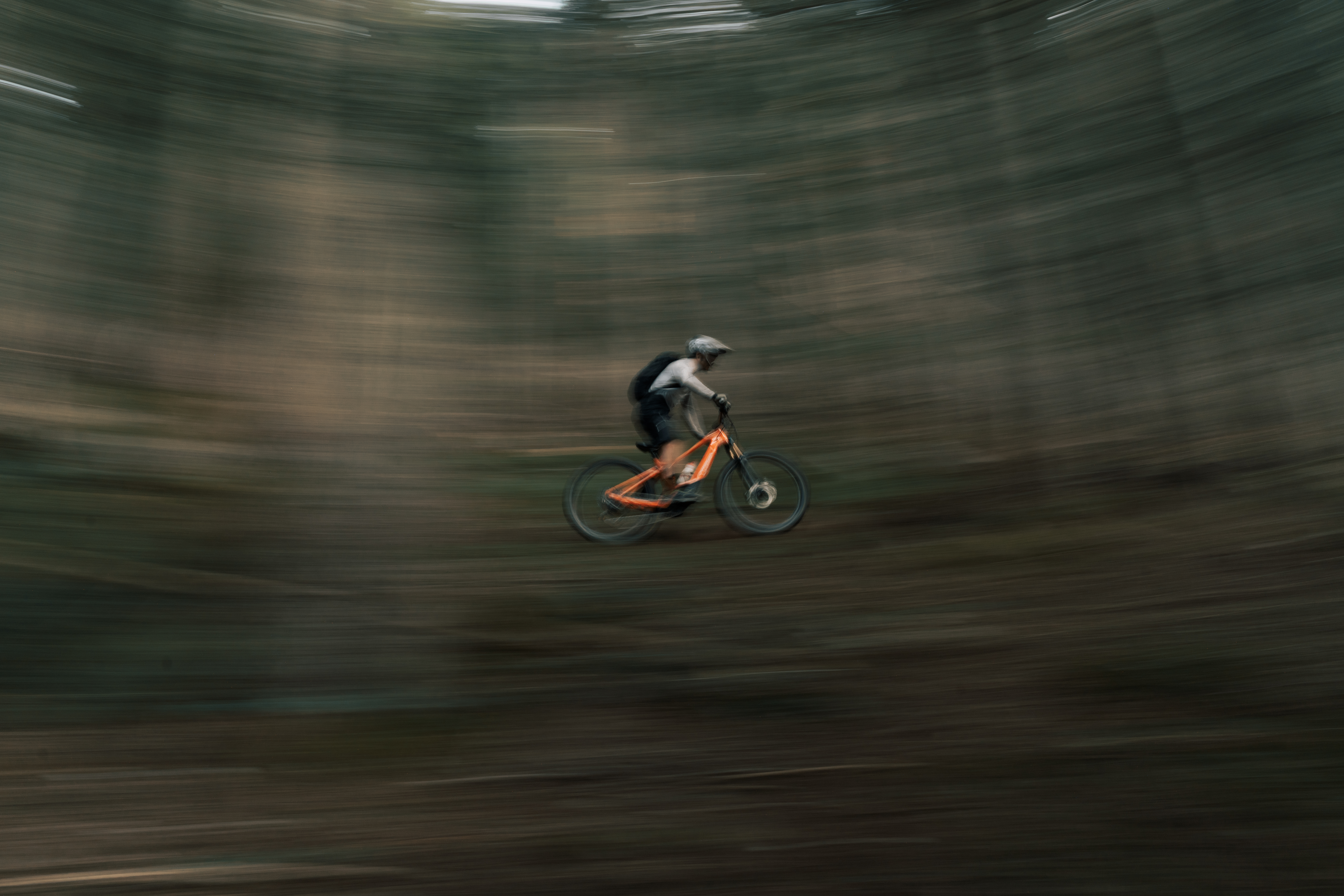 The second day we went to Val d’Aran Bike Park, located in the Baricauba forest (Guasach), about 5 minutes by car from Vielha. In these trails you can find open and straight parts where you can go very fast, slower parts with rocks and slippery roots, very small turns and quite technical and steep areas. Even though it rained a lot throughout the day, the forest is very dense, making it a good place to ride if you get caught by bad weather. What we really appreciated is the lift, which is done by road and takes about 20 minutes by e-bike. The third day we wanted to do something different, we wanted a route that would take us through the mountains of the Val d’Aran and the locals recommended the Entecada route. It’s about 40km and 1800m. We started from Bossòst and rode uphill about one and a half hours until we reached the “Coth de Baretja”, where we couldn’t see anything because of the fog. From there, we continued on a downhill single track that was quite technical because of the rocks and the mud from the rain of the previous days. In the end of the single track, it was time to go up again and Ernest’s bike ran out of battery. Luckily Andreu had over 25% battery left so we improvised a rope with a couple of spare inner tubes. Andreu towed Ernest for about 20 minutes before reaching the top. The last part is the hardest with the steepest climbs of the entire route. At the beginning of the descent is a steep single track with some quite technical sections where you can’t make any mistakes because at some points it would be very dangerous to crash. Even so, the views of the mountains in front were worth it. Then you suddenly enter the forest, very dark and humid, where the trail changes completely, it becomes very “flowy”, with no stones, closed turns and straight lines where you can go “flat out”. It is one of the best trails we did. It was completely covered in mud because of the rain of the days before, so we had to be careful in the fast areas. In the afternoon, we were pretty tired and wanted to rest, so we went see the “Saut deth Pish” waterfall. There aren’t that many trails in that area, but we took some impressive pictures and videos. Make sure to follow Pol Tarrés (@pol.tarres), Ernest Adalid (@ernestadalid) and their friends for the next adventures!!

All posts with Pol Tarrés